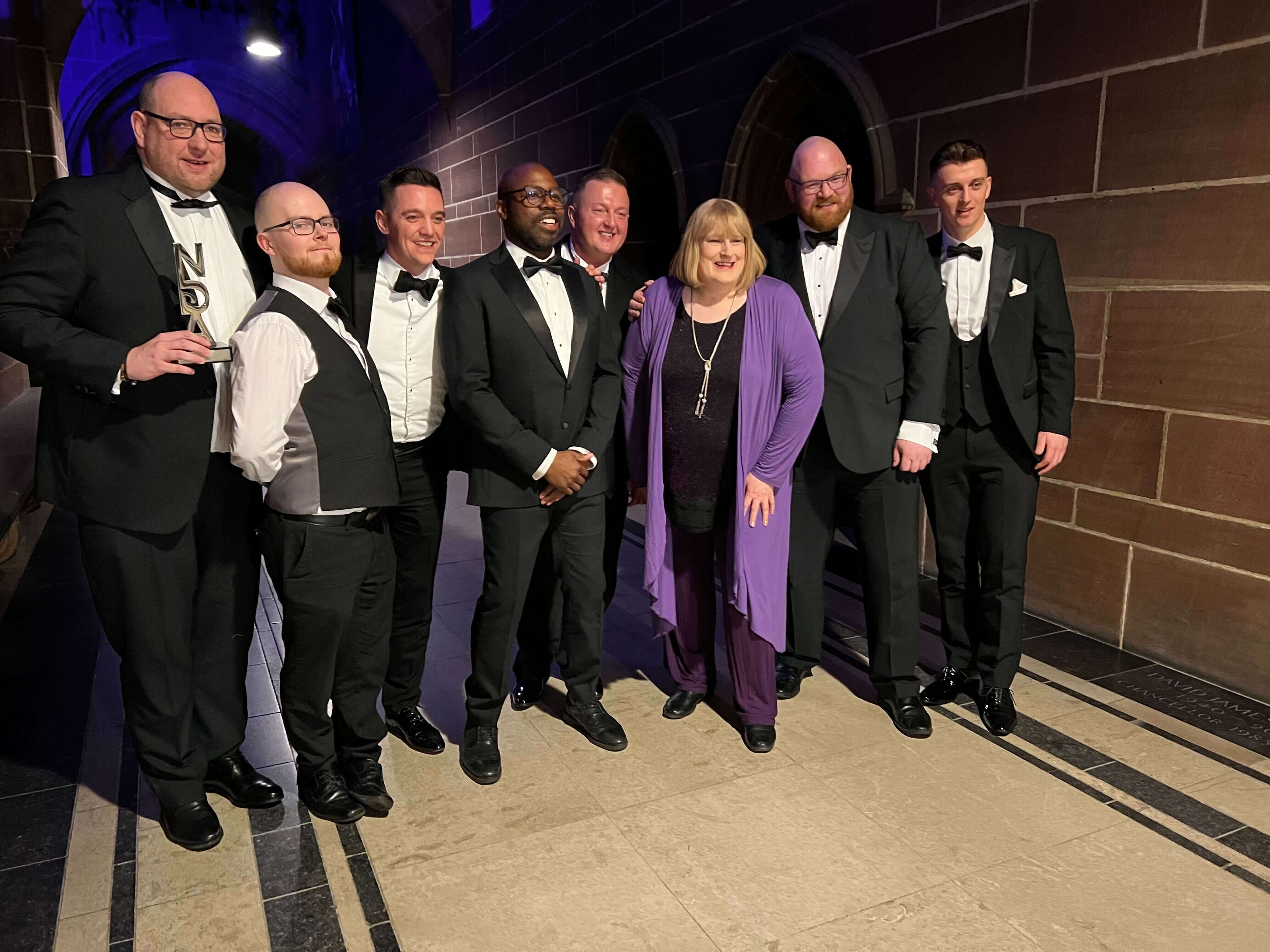 The Avast Foundation’s Global Executive Director Shane Ryan presented the Community Organisation Award for LGBT to Typhoon RUFC at the National Diversity Awards which took place in February 2022, in the U.K. He was particularly impressed at the dedication expressed by the team, about their commitment to inclusive rugby, when he met them backstage.

The Avast Foundation sponsored the award and is proud to share this blog which will be the first of several - catching up and showcasing the good work done by Typhoons RUFC.

Whilst inclusive rugby wasn't a new concept (the first team being the King Cross Steelers in 1995), starting one in a rural county with no centralised LGBTQ+ community isn't very common at all, and on the first ever training session in January 2018 only six people attended at Preston Grasshoppers, where the team now train on a weekly basis..

Over the past four years, the Typhoons has grown significantly to over 80 members, attracting people with every strand of diversity, and the team has spent considerable effort reaching out and engaging with the local community. The team can often be found attending local events, Pride festivals and engaging in fundraisers for important local causes.

During the pandemic when it wasn't possible to play rugby, the club reached out to its members to understand the impact it was having on them. The results were harrowing, painting a picture of declining mental and physical health. To support its members, the club applied and was successful in attracting some funding that allowed members to engage with services that would help address these issues, going far beyond what many would expect a small community club to do. It isn't an exaggeration to say that some of these interventions proved to be life saving for at least one member.

Kris Barber-Midgley, one of the clubs original six members and now sponsorship and club development officer reflected on his own experience of joining the club:  "I'd never been interested in team sports before joining the Typhoons, but after losing my mum to a really short battle with cancer, I knew I needed to do something to help my own mental health. When you speak to our players, it is evident that many of them come with their own stories about how our team has become a family, supporting them through their own mental or physical health challenges.

Speaking about the club’s receipt of the National Diversity Award for LGBT Community Organization, club chair Chris Goulding said "when we looked at the other award nominees, we honestly had no expectation of winning. They each represent incredible projects from around the UK, anyone of which deserved to win the award".

"When we heard our name read out, I think it took a moment for it to sink in. We all instantly understood the value of what we had just achieved, and to do that within four years, is just incredible."

"It's also important to say, we haven't gotten here alone. It's only through the generosity of people like our host club, Preston Grasshoppers, the support and encouragement we receive from incredible local businesses and the hard work and dedication of our volunteers and members that this sort of thing becomes possible. "

Since winning the award, the Typhoons have enjoyed local and national coverage which has seen an increase in the numbers of enquiries they have been receiving, but perhaps more importantly, the team feel renewed in their efforts to build a safe and inclusive environment in which people can explore and develop in sport and reach into their local community.

The Typhoons continue to hold an unbeaten record in their current season and have aspirations to compete in their first international event as a club, competing at the Bingham Cup in Ottawa in August 2022.